World’s most expensive bottle of whiskey has been sold finally! Setting up a new record price of Rs. 8 Crore (£848,750) this 60-year-old bottle of Macallan Valerio Adami- distilled in 1926 and bottled in 1986 has been explained as the “ Holy grail of whiskey”.

Of course, this bottle has to be the holy grail of whiskey otherwise what is all the buzz about? This record of such an expensive sale was set yesterday at Bonhams’ whiskey sale.

The previous estimation of the bottle was around £1 million by a whiskey who is among the lucky few to taste the whiskey and has described it as “hugely oaky with an incredible fruity flavor.” The auction was held in Edinburgh fetching the £700,000 plus a £148,750 sales premium and according to the sources, the bottle is bought by a telephone bidder in the Far East.

The ‘whiskey connoisseur’, a UK based man who came out for the selling was in a taxi in Italy when the bid was finalized and is explained to be ‘thrilled’. It was initially purchased in 1994 by the previous owner, directly from the Macallan distillery for an unrevealed price. In total, only 12 bottles of this specific whiskey were produced by the distillery, but it is unknown how many still exist throughout the world. Before this, the previous price record for whiskey was held by another bottle of the renowned dram in may. The previous sale was also made in an elite class auction. 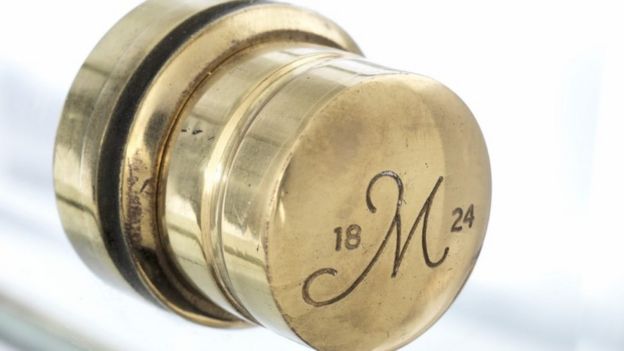 Experts suggested its value was based on a combination of its rarity, its vintage, and its unique artwork. "This bottle was part of a wonderful collection that belonged to a real whiskey connoisseur and enthusiast, and I am thrilled,” said Richard Harvey, an international director at Bonhams.

The Crew Car List- This Will Definitely Blow Your Mind!

5 Hatchbacks Under Rs 10 Lakh That Are Made For The true...

Bugatti La Voiture Wins The Design Award Of The Year.

So, the wait is over! yes, 'ek ladki ko dekha toh aisa laga' trailer is finally...

These Two Artists Passed Away And Never Made A Song Together....

After hundreds of rumours flying around for a while now, Shahrukh Khan hinted that...

After BJP staked claim to form the government overnight with Devendra Fadnavis as...

The Khilji Continues To Play Tug-Of-War With Fashion, And...